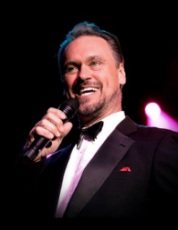 Ron Smith has been a professional stage performer for over thirty years beginning in his home state of Georgia then making his way west to California and Nevada. Ron has performed as Charlie Cowell/Harold Hill in the 1st National Revival Tour of The Music Man and starred as Julian Marsh for a year and a half in 42nd Street throughout the US and Japan. His regional musical theatre credits include: Adam (7 Brides For 7 Brothers); Jud (Oklahoma); Jacob (Shenandoah); Moose (Crazy For You); Miles Gloriosus (A Funny Thing Happened On The Way To The Forum); and Caiaphas (Jesus Christ Superstar) to name just a few.

In addition to numerous stage credits, Ron also has extensive commercial, radio, film and television credits, regularly hosts casino tournaments and emcees corporate parties & awards ceremonies throughout Las Vegas, appeared as King Arthur in the Tournament of Kings show at the Excalibur Hotel & Casino & starred as Sheriff Ed Earl Dodd  in the musical production of The Best Little Whorehouse In Texas, which ran for most of 2012 in the historic Plaza Hotel.

You can read more about Ron Smith by visiting his website at www.RonSmithLasVegas.com